Why Christians need to fit together the Bible’s pieces 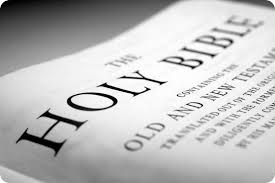 Acts 20:27 “For I did not shrink from declaring to you the whole purpose of God.

Putting together the Bible’s Big Pieces

As a child and a teenager growing up, I attended several churches.  In the course of time before going off to college, I was unaware of the Bible’s unifying theme and structure.  Undoubtedly I’m sure it was mostly my fault, since as a typical kid I didn’t pay heed to the preacher like I should have – to my shame.  However, I discovered in my adult years that much preaching today has resorted to topics and relevance as the benchmarks for communication of the scriptures.  Should not the preaching of God’s word result in the practical application of it – certainly! However equipping God’s people with the relevant and practical tools they need to live for Him during the week should never come at the expense of the unity and purpose of the text.

I feel many times the church in America has been guilty of giving its people an understanding of the Bible likened unto the giving of puzzle pieces.  We know that there has got to be some over arching themes or purpose, and yet in so many pulpits, our people are given one piece at a time, coming from different parts.  In fact many preachers never get around to giving their people the whole puzzle, or the whole “picture on the box” so to speak.

What should be the overarching purpose of preaching and teaching

Churches should be giving their people the opportunity to have exposure to the “whole of the Bible” as well as its parts.  Putting together the Bible’s pieces is the chief goal of and preaching and teaching ministry.  Why?  Because it is by the scriptures that the Holy Spirit points the way to Jesus Christ – the point of the Bible’s pieces and whole message. (Luke 24:44)  As a preacher and teacher of God’s Word, I need to be able to point to Him whether unfolding a verse, chapter or Bible book or take a message to summarize the whole Bible.  Paul said it plainly in 2 Timothy 4:2 “preach the word; be ready in season and out of season; reprove, rebuke, exhort with great patience and instruction.”  When we consistently do this, the Holy Spirit pledges to take His word and illuminate the listener as to the relevancy and application of the text for their lives. (John 16:13; 1 Corinthians 2:10-13; 1 John 2:20,27)

What benefits are there for the listener who is equipped to put together the Bible’s pieces?

Acts 20:27, quoted at the beginning of today’s blog, is part of the Apostle Paul’s final address to the church at Ephesus.  He exhorts them to be careful, be on their guard and to be faithful to Christ and His word as a church, and particularly church leaders.  In Acts 20:27 he reminds the Elders of that flock that He never shrank back from giving them the whole counsel of God.  He made it his point to present Christ in both the whole of scripture and its parts.  So what happens when a congregation begins to understand how the Bible fits together?  How does it benefit Christians to know how to fit together the Bible’s pieces?  Please read Acts 20:28-38 and consider the following thoughts below.  I would also urge my readers to pray for their pastor in whatever church they are members, since that man of God is charged with the responsibility to watch over the souls of Christ’s people. (1 Thessalonians 5:12; Hebrews 13:17)

Paul warned the Ephesians to be on their guard (Acts 20:28) and on their alert (20:31).  The only way they could to that was having had exposure to the Bible’s overall message.  Paul labored to do that for nearly three years at Ephesus.  Despite persistent challenges that would lead to conflict in that church, Ephesus became the most influential and powerful church in the New Testament, right along side the first church ever – the church at Jerusalem.

To edify means “to build up”.  Too often our churches are marked by discouragement, back biting and tearing down of people.  Whenever we expose our people to a consistent diet of verse by verse, or chapter by chapter or book by book exposition of the Bible – God begins to show the people the grandeur and purpose of His salvation and His glory.  Craving the pure milk of the word is the only antidote to complaining, bickering and “putting down” of people. (1 Peter 2:1-2)  Jesus stated that Christians love for one another was to be the chief witness to the world of the validity of their faith commitment to Him. (John 13:35)

Whenever God’s people are able to see the whole message of the Bible, as well as its parts, and when that emphasis makes it journey from the head to the heart, selflessness will be a supernatural by-product.  Paul’s preaching of the whole counsel of God in Acts 20:27 was not just filling these people with head knowledge.  He stated that through the exposition of the scriptures He was able to reinforce the necessities of hard work, giving to the work of God and caring for one another.  A selfless Christianity can only be cultivated in the presence of consistent exposure and application of the scriptures.

As Paul was getting ready to leave these Elders, the Bible says they wept, embrace him, grieving over the fact that they would not see his face.  They accompanied him to his ship.  This church was far from a “classroom church” or a “group of egg heads”.  God’s Word, presented in both its entirety and pieces, is how the Spirit of God implants the desires of God into the hearts of His people.  We have got remember that the scriptures are the mind of Christ. (1 Corinthians 2:16).

By the grace of God I was converted to saving faith in Jesus Christ at the age of 10 and called into the Gospel ministry by age 17. Through the Lord's grace I completed a Bachelors in Bible at Lancaster Bible College in 1996 and have been married to my beautiful wife since that same year. We have been blessed with four children, ranging from 7-18 years of age. In 2002 the Lord enabled me to complete a Master of Arts in Christian Thought at Biblical Theological Seminary, Hatfield PA. For nearly 25 years I have been preaching and teaching God's Word and have been studying the original languages since 1994. In 2016 God called my family and me to move to begin a pastorate at a wonderful Southern Baptist Congregation here in Northern New York.
View all posts by pastormahlon →
This entry was posted in Biblical Theology, Exegesis. Bookmark the permalink.